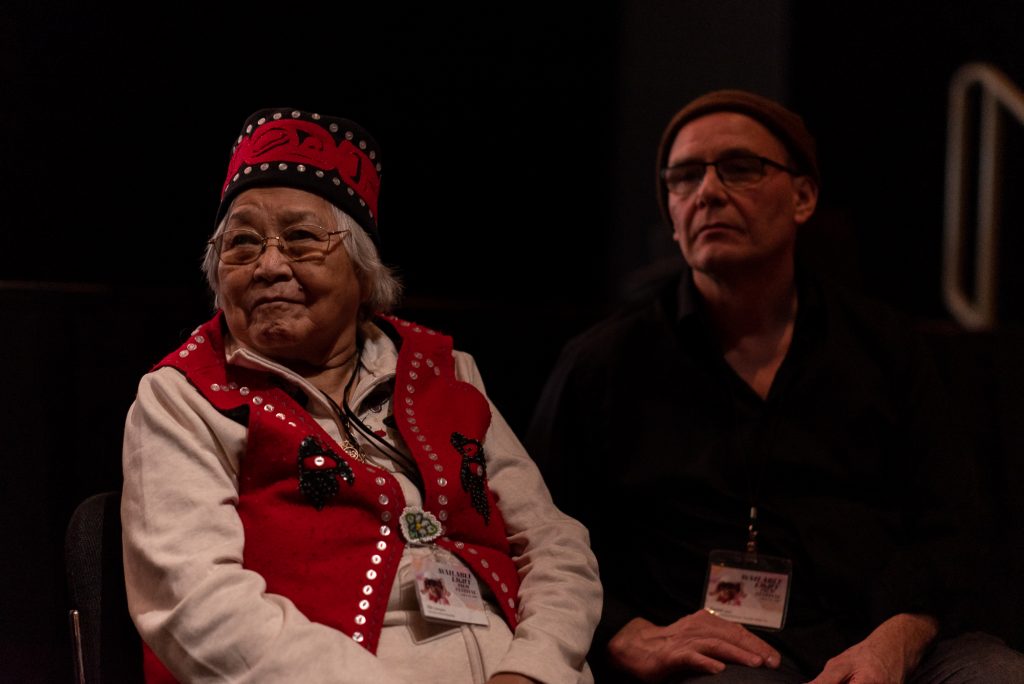 Homecoming Song blends animation, archival footage and traditional narrative in a poetic documentary that tells the parallel stories of two men who came home. Many years ago Kaax’achgook of the Kiks.adi clan of Southeast Alaska disappeared at sea, and was thought lost by his family and people. Three years later he returned with a song telling of his experiences. When Pete Sidney came back after being away for six years fighting in the 2nd world war, his mother Angela Sidney sang this ancient song for him.

The Making of the short film Homecoming Song